From the bride, Alyssa:
Immediately after Scott proposed I thought of a mountain wedding. We particularly wanted our wedding to be different because my sister had just gotten married five months before me in Nashville, where I grew up. It was the dead of winter when we rode the chairlift up at Granby Ranch Resort and saw the view overlooking the Continental Divide, but we couldn’t imagine any place else. When the event coordinator at Granby Ranch told us our weekend would be close to when the Aspens turn, I grew giddy and that was my bridezilla moment – I had to get married on this mountain. 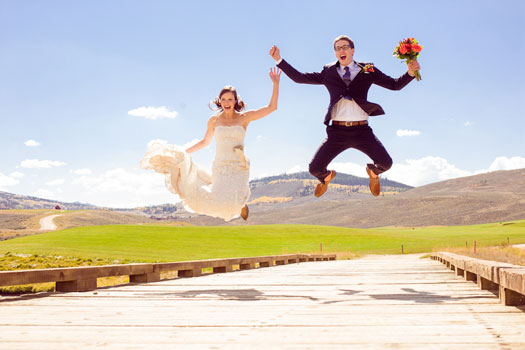 My dress was a Jim Hjelm design that I bought at The White Gown, a fabulous boutique in an upscale neighborhood in Brooklyn. It was the perfect mix of old and new – the cotton lace was soft and a bit old-fashioned, but the sash with a flower that had a blue tinge made it look modern. To finish off the look I wore my cowboy boots – my nod to Nashville, where I grew up, and my grandmother’s tennis bracelet and diamond and gold earrings. She had just passed away two months before the wedding and I wanted her to be there with us in spirit on our big day. I carried my other grandmother’s small beaded clutch for the reception and wore the garter that she wore more than 60 years ago when she got married! It was special because my sister had worn it, too, five months earlier. 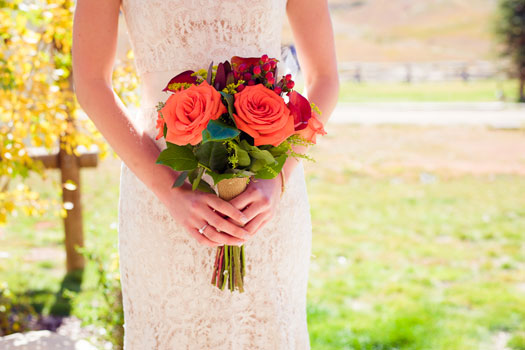 Before the ceremony, Scott and I did a first look. It was so nice just to be with him alone for about an hour, before all the craziness began. 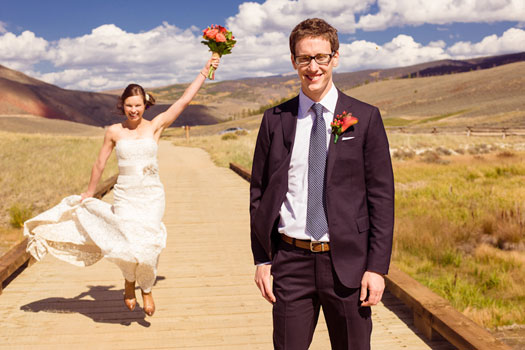 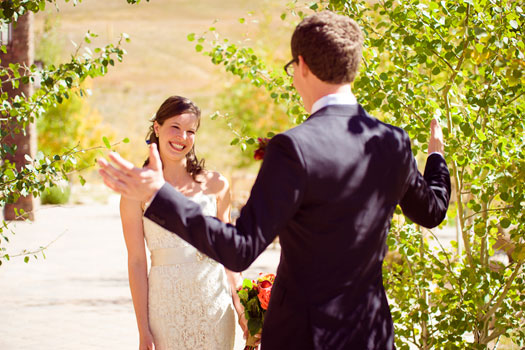 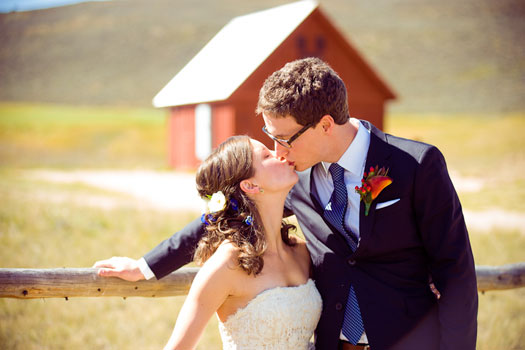 Well, we’re both writers – Scott works at Fortune Magazine and I’m at the Wall Street Journal – so we were adamant about writing our own vows. The night before the ceremony, Scott received a special fountain pen from his favorite journalism professor, who had used it for a decade teaching before giving it to Scott, enclosed with a note saying “from the old school to the new school.” He decided to hand-write his vows with that pen for the day of the wedding.

Though it was a non-religious ceremony, we used a spice box that dates back five generations in my family at the beginning of the ceremony, that was filled with cinnamon, nutmeg and cloves, to remind us of the sweet smell of marriage. 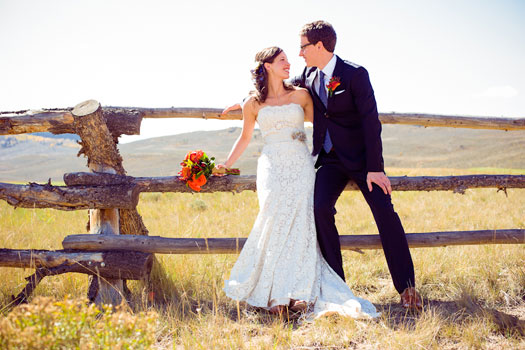 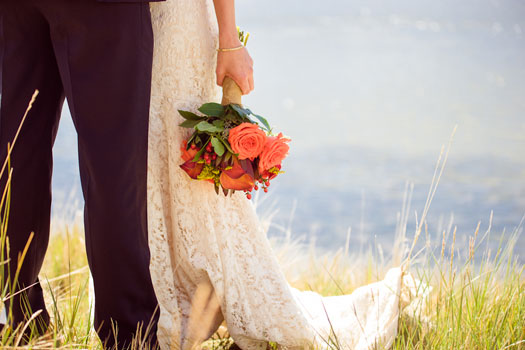 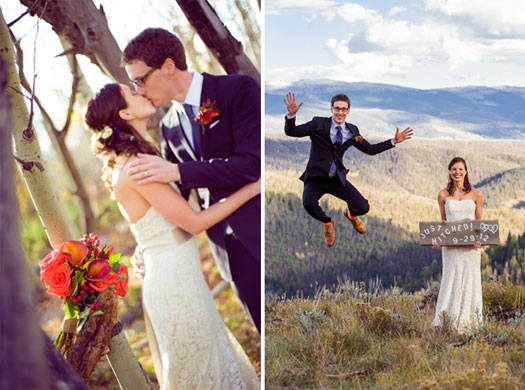 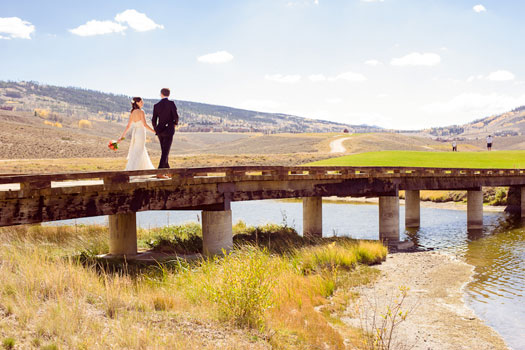 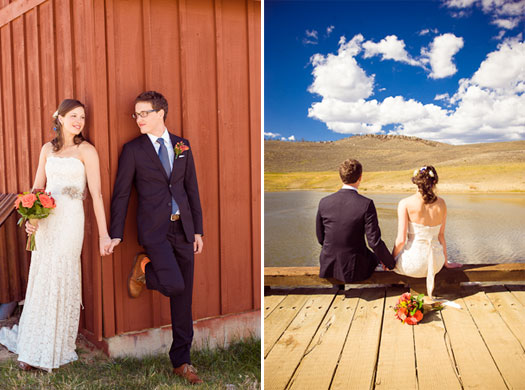 We also really enjoyed coming down the mountain for the reception. All our guests could see us coming down and started cheering for us. We waved back and held a sign that said, “Just hitched” made out of old barn board that my parents had made for us. 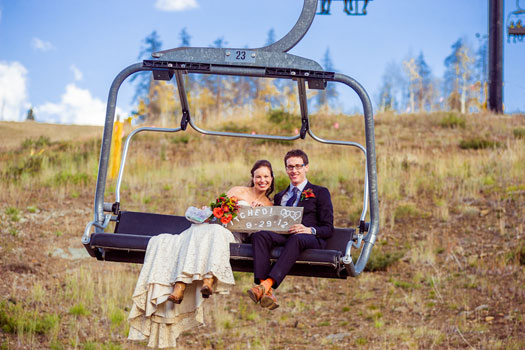 Six months before the wedding my father spent hours chopping down pine-beetle kill tree slabs to use as the base for our centerpieces and donut tower.  Under the slabs, we had burlap table runners and votives surrounding them. On top of the slab, we used mason jars filled with Gerber daises, yarrow, liquid leaves and aspen leaves for a fall feel. And instead of generic table numbers, we named our tables after our favorite ski runs at Winter Park: Derailer, Mary Jane, Sluice Box and more. My mom made the table number holders out of wine corks. 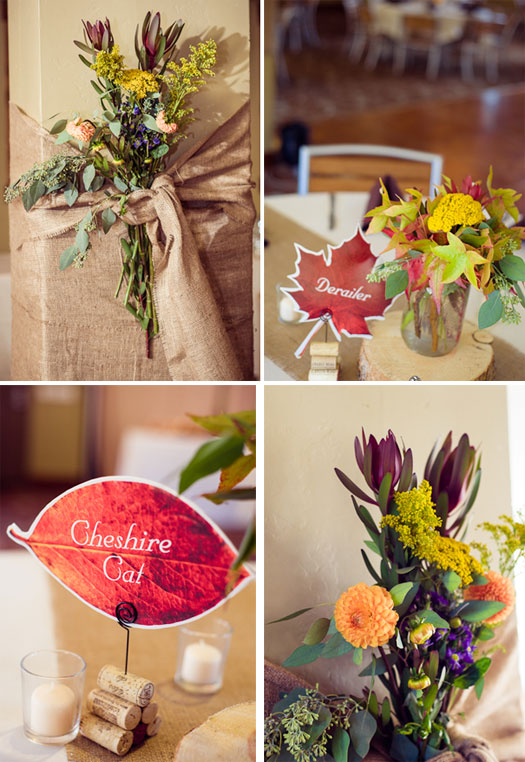 We ordered personalized chapsticks that read, “Atop the Mount, They Made It Count,” Alyssa & Scott, 9.29.2012. Then we got Alyssa and Scott York peppermint patties. 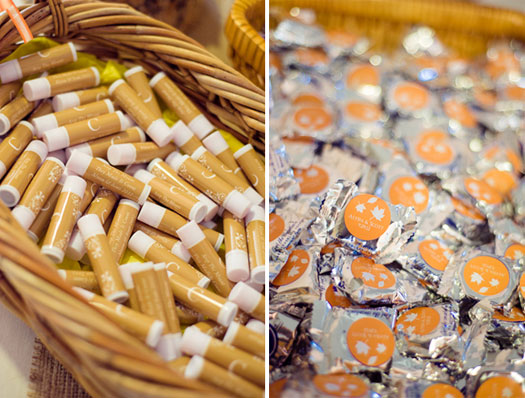 Both of us are hockey fans; Scott grew up in Detroit so he’s an avid Red Wings fan and I’m a Nashville Predators fan. We used a jersey of each as the tablecloth and had a cupcake tower with red velvet cupcakes and white icing and blue icing with white cupcakes for the Predators. The tower was topped with a small cake that we cut and two fighting hockey players – one Detroit, one Nashville. It was a big hit among kids and adults alike.

Scott and I wanted something nontraditional, so we decided to skip a cake and do a donut tower, filled with the best donuts around.  We chose apple cinnamon, old-fashioned, pumpkin spice, plain, chocolate and several other flavors for people to choose from. We also had three different glazes for people to drizzle on their donuts: chocolate bourbon,  maple glaze and a lemon drizzle. They were delicious!

My parents have been friends with Grammy-winning songwriter Mark D. Sanders for a long time. When Scott and I thought about a song that would be special to us, we kept coming back to “I Hope You Dance,” by Lee Ann Womack. Mark wrote that song (and won a Grammy for it) and we asked him to perform it live, for us. It was one of the most intimate moments of our day; Mark sitting in chair, strumming out the song, just for us. No microphone, no backup singers, just him. It was blissful. 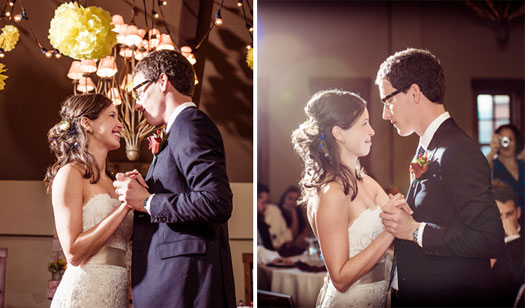 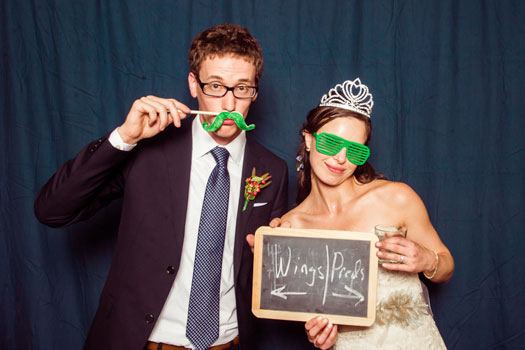