We LOVE it when the men think ahead and have a photographer standing by to capture the moment he proposes.  Hint, hint!   This wonderful proposal was captured by Joshua & Co. Photography.

From the photographer, Josh:
A few weeks ago we received a call from Florida. Jason was inquiring how we could help him plan a surprise marriage proposal while he and his girlfriend, Stormi, visited Colorado. Jason wanted a mountain backdrop with a lake, so we suggested Bear Lake in Rocky Mountain National Park. We decided that we would pose as tourists photographing the mountains.

On the day of the shoot, Jason sent a text saying he was early. I suppose he was nervous, excited and didn’t want to be late. So we raced up to Estes Park, got to the lake and started gathering gear. The plan was for us to be there 30 minutes before, stake out a spot, leave her favorite yellow roses then meet them in the parking lot, where Jason would inconspicuously follow us.

Remember Jason was early?  As we were closing the door to the truck, he was parking. So we began running through tourists until we found “the” spot. As Jason approached on the trail, we gave him the nod to proceed.  Jason wasted no time. He handed Stormi the roses, dropped to one knee and popped the question. I don’t know why, but in my mind this would take longer. Instead it took ten seconds. I didn’t even hear her say yes, but apparently she did because they joyfully hugged.

It was perfect. And now, they love Colorado so much they’re talking about having their wedding here! 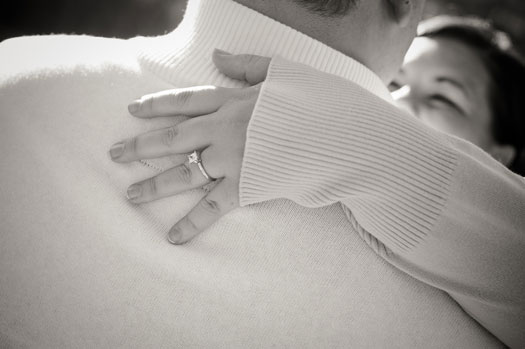 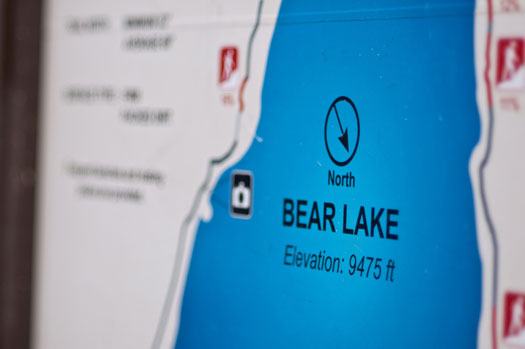 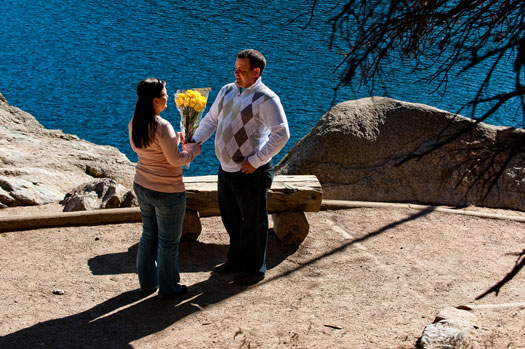 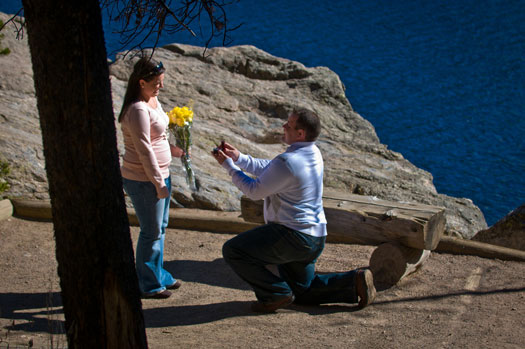 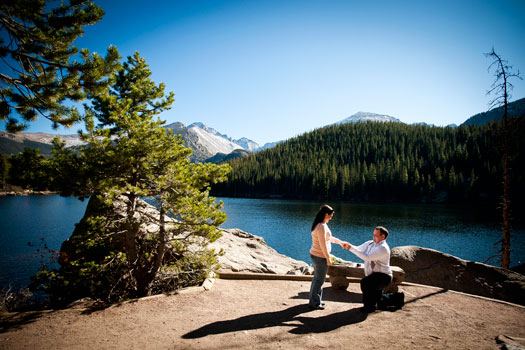 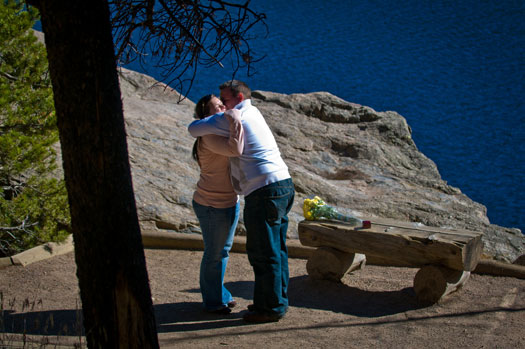 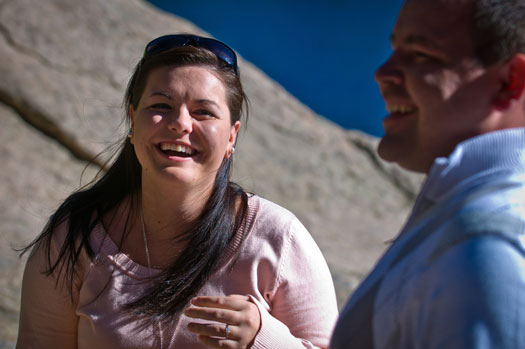 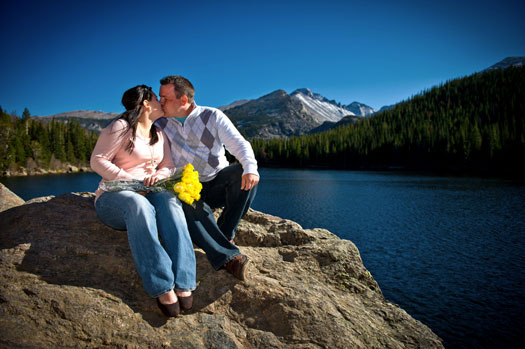