From the bride:
Chris proposed at the Rio Grande in Boulder.  He convinced a friend to drag me outside in the freezing temperatures (it was February) to have a fake hysterical breakdown.  When I came back inside the bar, he started singing “You’ve Lost that Loving Feeling”.  I was more embarrassed than anything until the rest of the restaurant started singing along.  Once I figured out what was happening I started shaking, crying, and laughing all at once.  He had gotten on the bar while I was outside and explained his plan to the patrons and handed out song lyrics to the unlearned so they could play along Top Gun style. 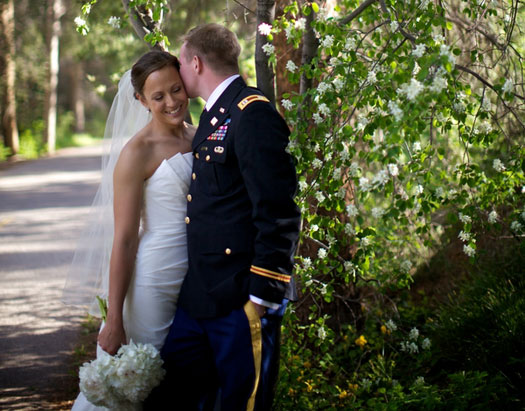 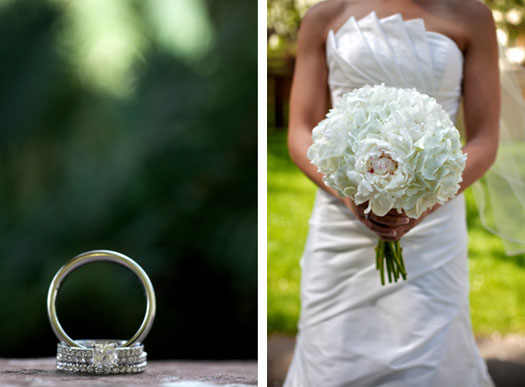 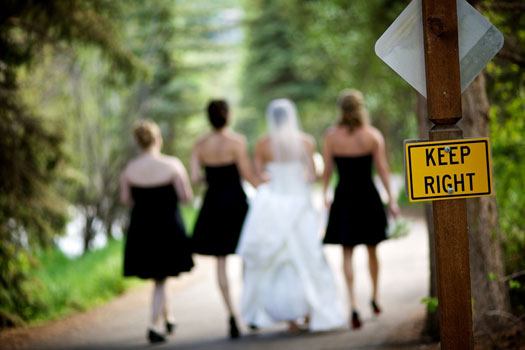 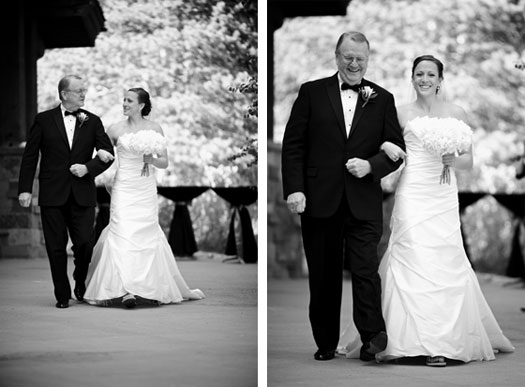 It was a delightfully warm day (unlike the snow in weekends prior).  We had a friend act as an officiant and we wrote our own vows.  I should have expected the first kiss “dip” from Christopher, but it caught me off guard.  We then had an Army sword arch to introduce us as Capt. and Mrs. 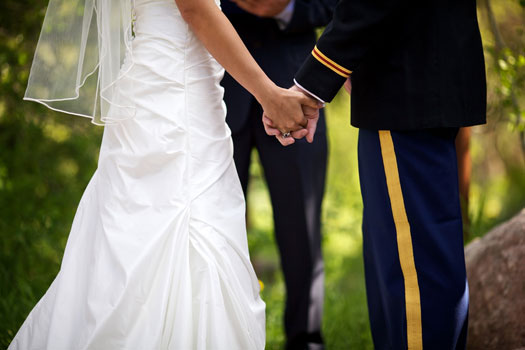 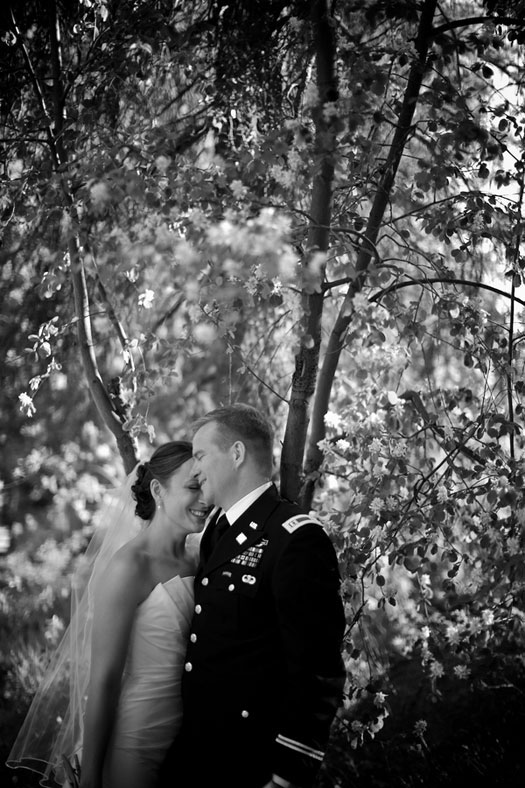 Chris loves sailing so I made square knot napkin rings by hand. 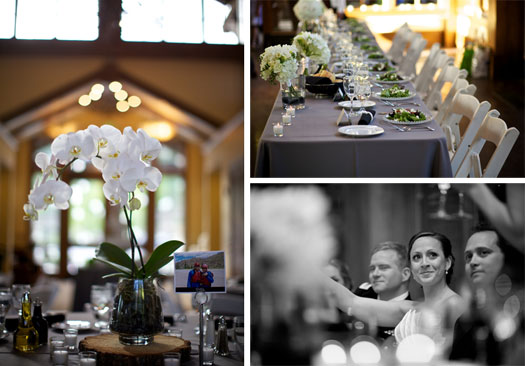 We love steak, mashed potatoes and pasta so we had a build your own steak bar and a live action pasta station.  The food was a huge hit!

During the reception, for some reason Chris and I started having a dance off.  We employed all the classic dances like “The Lawnmower”, “The Sprinkler”, “The Running Man”.. the good ones.  I’d start, then he’d battle back, and so on.  It was even until out of nowhere he busted out “THE WORM”.  I don’t know where he had been hiding “The Worm”, but I had to concede defeat after that brilliant show. 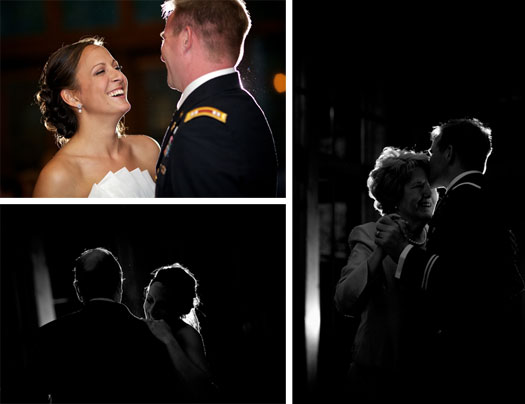 –Our photo booth was a hit.  Everyone young and old lined up to get in the Gondola.  The photo album made from that night is some of the funniest photos from the wedding.

-For late night munchies we provided S’mores, and as a goodbye to go snack and we had brats and baked pretzels as homage to our future home in German

Honeymoon Location: I moved to join Chris in Germany a week after the wedding.  We’re considering the next 2 years in Europe to be one big honeymoon.

← DIY in the BackyardWeek in Review →
Scroll To Top