We LOVE it when the men think ahead and have a photographer standing by to capture the moment he proposes.  Hint, hint!

From the photographer, Dreamtime Images:
Aaron contacted me about a month before he proposed to his to-be-fiance and wanted me to document his proposal. He had seen another proposal I’d photographed in the Maroon Bells in Aspen and wanted to pop the question in front of snowcapped mountains. He and Erica flew out to Colorado — they love the mountains — and came to Estes Park to tromp around the town and visit Rocky Mountain National Park. Aaron and I decided to meet at a popular lakeside trailhead. From there, we outlined were I’d be shooting from, and exactly where he should pop the question. I had drawn a line in the sand where he was to stop and drop down on his knee, and then my wife and I ran off and hid in a creek bed, pretending to shoot birds. The funny thing was, we were the only two other people there and were in plain sight, but there was no other way to swing it. From experience, I guessed Erica would be so absorbed in the moment that we would remain unnoticed. A few minutes later, Aaron and Erica strolled along the path, stopped to take in the views of Longs Peak, and Aaron proposed, Erica said yes! Erica had NO idea we were going to be there, had no idea Aaron was going to propose, and never saw us with our huge camera. 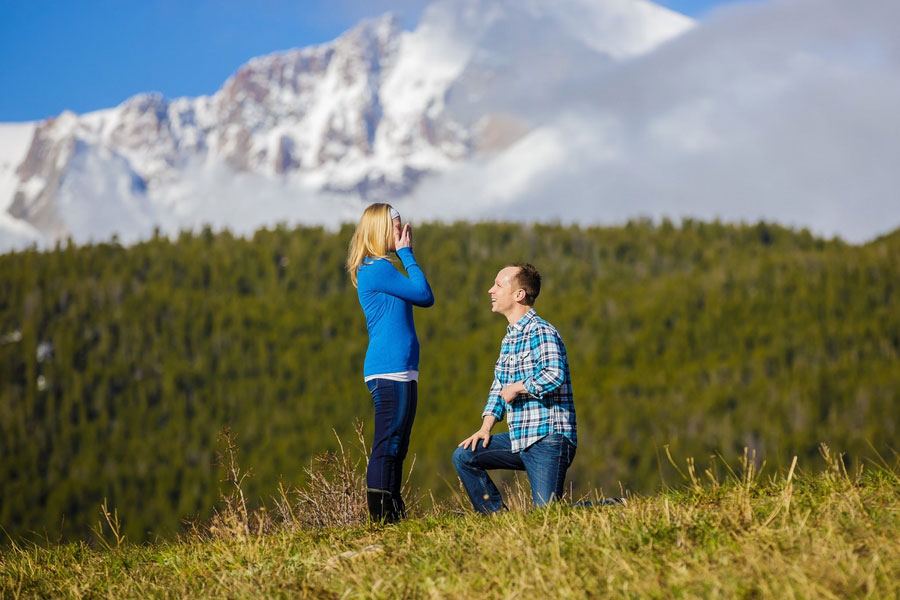 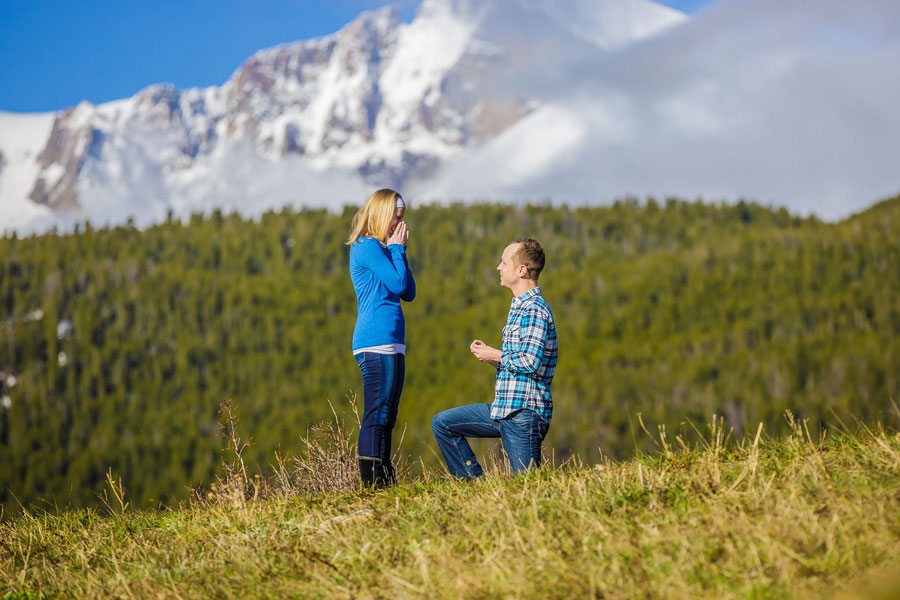 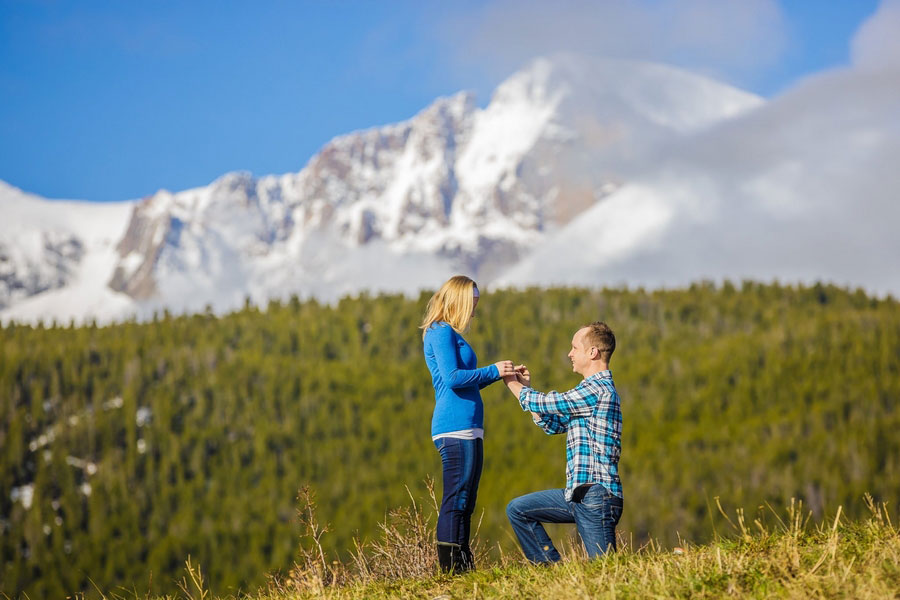 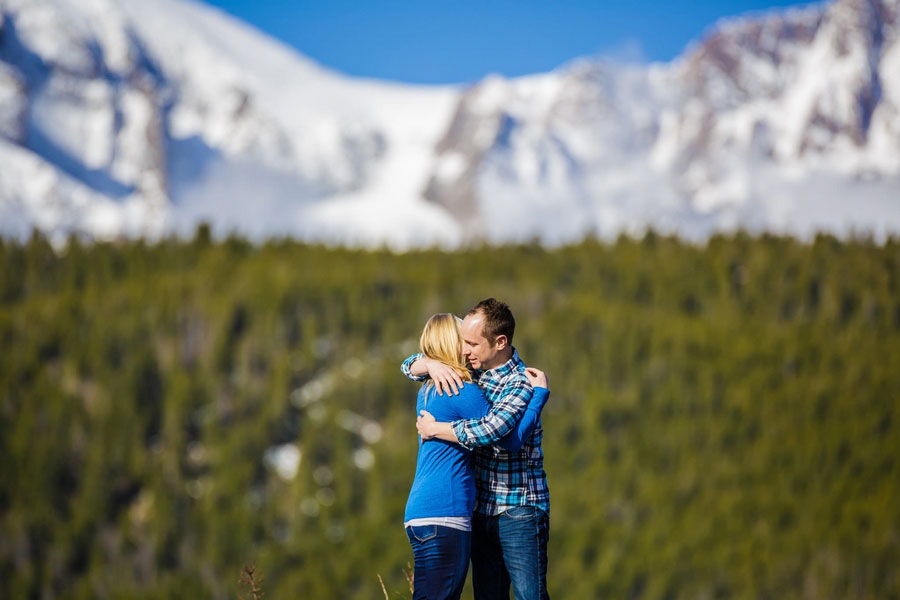 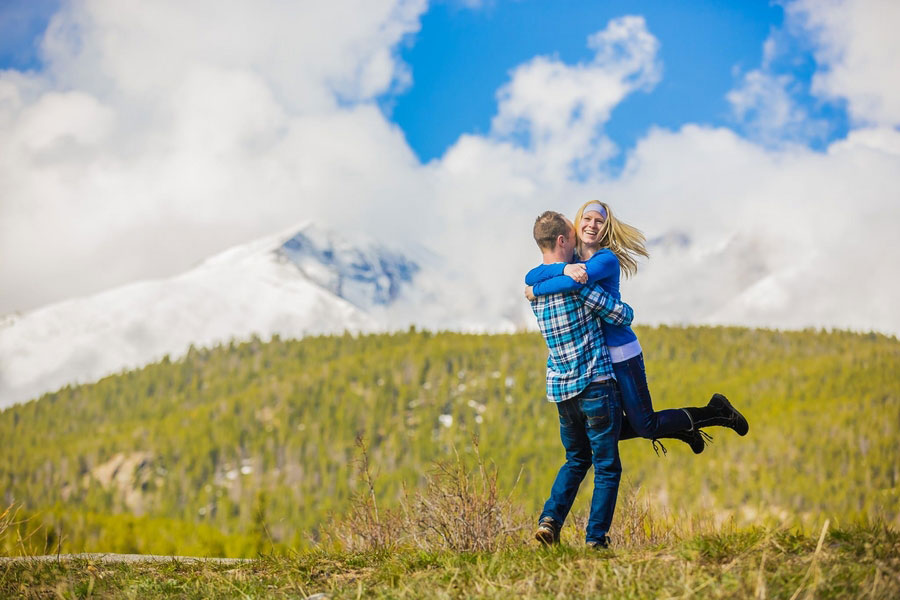 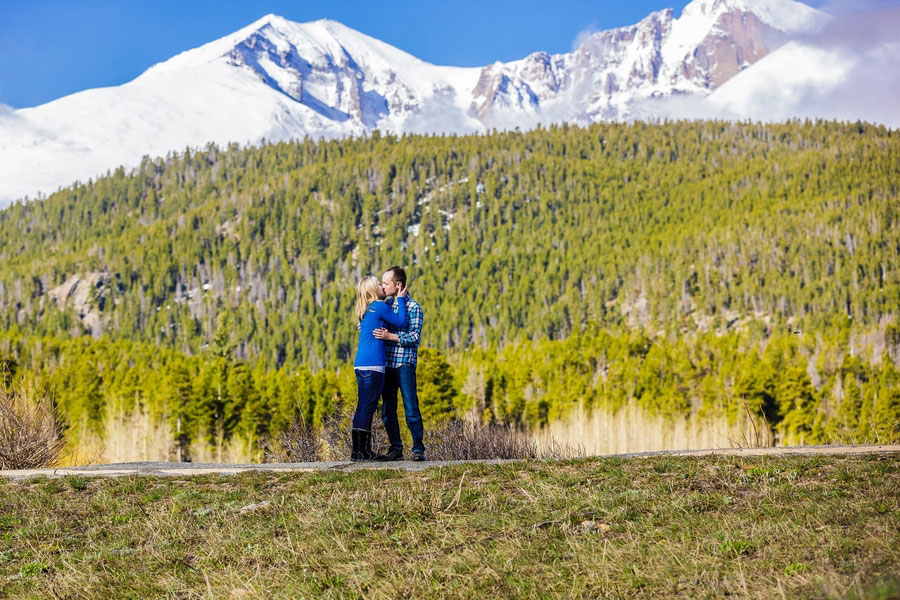